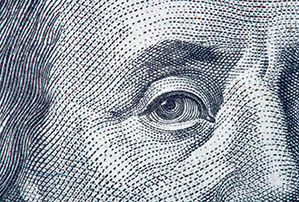 Is A CECL Allowance Lower Than the Current Allowance an Option?

Is A CECL Allowance Lower Than the Current Allowance an Option?

Recently we’ve run several CECL calculations for clients and found they would be over reserved if they adopted CECL at this time. That is not what the client expected, but the numbers don’t lie, and they are accurate. Since the central tenet of the current expected credit loss model (CECL) is the requirement that financial institutions account for expected losses over the entire life of the loan and do so up front, rather than on the current, incurred basis, you would speculate that allowances for loan and leases losses should, in general, be higher under the new accounting standard. This is understandable, because the reserve today is essentially an annualized number - it’s one year’s worth of numbers on losses, and if you move from one year to the losses over the lifetime of the loans, it seems intuitive that the number would go up.

But when you peel back the onion it’s not that hard to understand why CECL may actually reduce the reserve for some institutions at adoption time. Traditionally, financial institutions calculated the ALLL and it normally fell in the 1 - 1.5% range, and if it was lower than 1%, they usually found a way to get there. In the great recession years, that number was much higher. Regulators pushed for that magic number (or higher) and bankers had the ALLL tools to make it happen. Whether it was considered a guideline or an unwritten rule, regulators had a line in the sand or a benchmark to help guide bankers to a reasonable loan loss reserve number.

In a June 2018 webcast, Robert Storch, chief accountant for the Federal Deposit Insurance Corp.’s Division of Risk Management Supervision, noted that examiners will evaluate the adequacy of allowances under CECL using previous guidance from regulators stating that agencies aren’t setting targets or ranges for institutions. In effect, no pre-conceived benchmarks.

Storch explained that because allowance levels depend on institution specific factors, the agencies will not establish benchmark targets or ranges upon adoption of CECL or going forward. The agencies’ objective is not to drive institutions to maintain allowance levels that approximate the peer group median but to maintain allowances that are appropriate for their specific portfolios under CECL.

Given that mandate, it is easy to see how the downward trend in loan loss reserves could theoretically push reserves down, not up. In fact, staying aligned with last year’s webcast, loan loss reserves in the second quarter of 2018 were 1.22 percent of total loans among all U.S. banks, according to FFIEC data on the Federal Reserve Economic Data (FRED)website, a continuation of a downward trend from the peak of 3.7 percent in 2010. If favorable economic conditions persist, allowances under the new CECL model could conceivably be lower.

Regulators have been saying that they will not have benchmarks for allowance levels or direct financial institutions toward where allowances need to be. We’ll be able to test that theory soon.

But beware should your method result in a lower allowance under CECL than under the incurred loss model. We’re still not sure how the examiners will react.

In the June 2018 Community Bank webinar, Storch noted that institutions should be prepared to offer documentation and support if the overall allowance is lower when an institution first adopts CECL than the overall allowance that had existed under the incurred loss methodology immediately before adoption.He stated that on an ongoing basis, your examiner would challenge your bank if your allowance level is unreasonably low if your examiner’s review of your CECL estimation process indicates that the inputs into your allowance estimate, including the historical loss information and management’s forecasts, assumptions and judgments do not appear reasonable and are not properly supported.In other words, financial institutions should be prepared to document and support why their allowance levels are what they are.

During the webcast examiners provided a checklist of what financial institutions’ CECL allowances should include:

The webcast made it clear that documentation would be mandatory if the allowance was lower at adoption. Discussions during the webcast reinforced the idea that if allowances are flat or lower, regulators will want a close look and will want to see a lot of supporting documentation, particularly for allowances that are heavy on qualitative adjustments. Financial institutions with lower allowances under CECL will likely need to be able to show regulators in some form what they were doing before CECL and why under the new standard the allowance is lower.

Given that favorable economic conditions have persisted for a while, it appears examiners are aware that some institutions may actually see a decline in their CECL allowance. With that in mind, they are prepared to challenge your methodology and validity of the results, so be prepared to defend and document accordingly.

But remember, trust your methodology and your numbers. If you calculate a lower CECL allowance, go with it, just make sure you can adequately document your historical loss information, forecasts and assumptions.The allowance should be reasonable, supportable and appropriate for your specific portfolio.